I’ve had a few pending blog posts in my queue for months now about a couple of different topics, which I found to be useful and instructive lessons for convention runners, but I never actually got around to posting anything. Realistically, these topics may only appeal to a few people, and were more being written for my own remembrance and reference.

Long story short, it was stupid. The con staff saw through the ruse and posted about it as well. But unfortunately, they were so disheartened by the effort that they decided they wouldn’t pre-publish their programming schedule anymore.

I felt bad for them when I read their post. But it was instructive for me: If we notice some kind of collective drive like that, we will compare it to our data – which we have a lot of. We have feedback forms, which are much difficult to manipulate (we control the timing of who can answer them and use that to judge which attendance segments answered, among other things). If they don’t agree with this vocal minority opinion, we’re going to ignore the vocal minority and do what we think the majority wants. 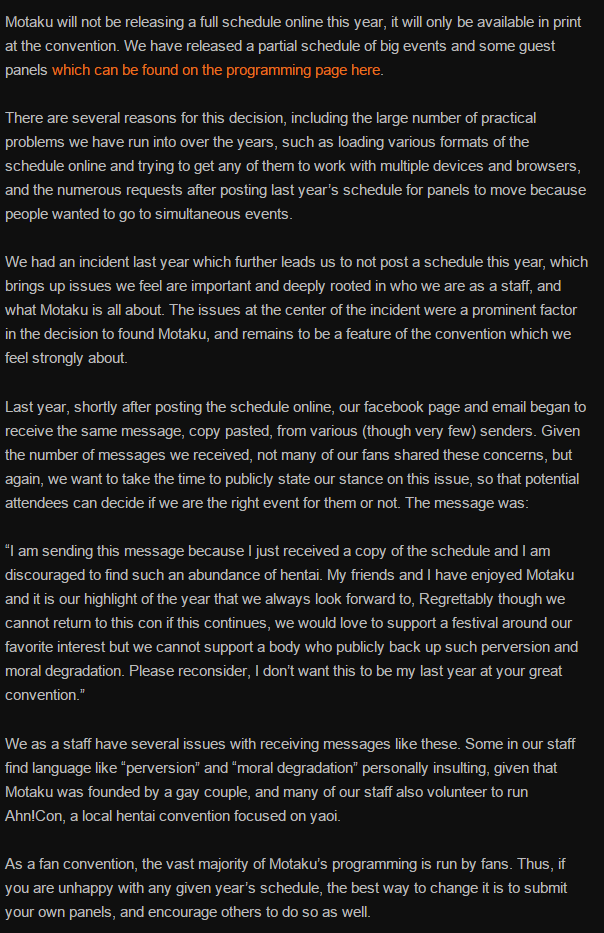 Have you ever heard of a convention and been told it’s a “Party Con”? Have you been to a voice actor panel and been told insane stories of convention happenings that are just too insane to be true? A while ago a former chair to furry convention called RainFurrest posted a long story about why this year’s event was cancelled, chiefly based on post-convention damage reports from the venue.

The poster’s attitude was that the damages had become a regular thing so much that they had really been a blip on their radar, while they burned through the venue’s good will. Further, the post detailed how their security head did not want to revoke anyone’s badge “because he’d rather just tell people to go back to their rooms and sleep off whatever stupid they’d ingested.”

This is a bit illustrative of what may happen if partying or irresponsibility get out of control. We decided long ago to be much more strict on security than other local conventions (which, as you may know, caused a lot of interest after our last convention had “too much” security). But this story was one of many illustrative stories guiding our overall policy. It wasn’t really one of the main reasons we added security this year, but it has been in the back of my mind as another point in the “safer is better” category. 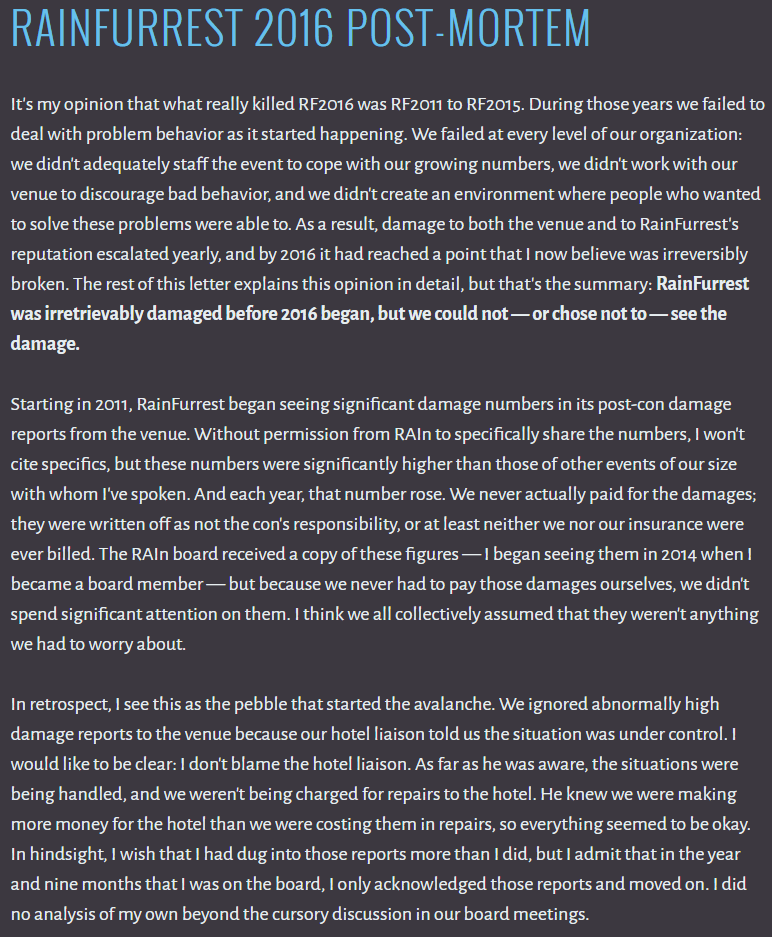 Maybe these stories and posts will be illustrative to you, and you can draw your own conclusions.