You don't have to stand for online bullying.

Online bullies have made victims out of more than 7 out of 10 young people this year. 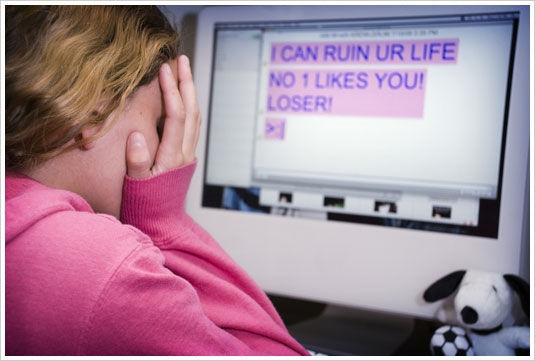 Online bullies have made victims out of more than 7 out of 10 young people this year. These bullies are now everywhere, and almost everyone at some point in their lives has to deal with some holier-than-thou asshole protected by a keyboard.

Earlier this week, under already tragic circumstances, Robin Williams’s daughter left social media after online bullies attacked her. Crazy fringe morons said she caused his death or that it’s somehow her fault while they doctored photos they found of him with her.

No one should have to accept cyberbullying as part of their lives.

The reasons for bullying are ridiculous.

Cyberbullies usually have the most ridiculously petty reasons for bullying people.

18-year-old Jessica Logan broke up with her boyfriend and he decided to send nude photos of her to everyone in her entire school. Jessica tragically hanged herself after attending the funeral of another boy who had committed suicide.

Wow, it’s not like people get broken up with every day.

In 2006 a 40-something year old woman made a fake MySpace profile to coordinate a harassment campaign against 13-year-old Megan Meier because Meier and the woman’s daughter may have been fighting, which caused Meier to take her own life. Jesus fucking Christ, you’re an adult don’t harass children.

One guy in his 40s met me when I was 16 and bullies me online now nine years later. I am blown away that my immaturity at age 16 offended him and he is still mad about it.

Some other people like to write about me (to the point it’s almost stalkerish) after reading stuff online that is absolutely false. One of those things was from an ex-girlfriend whom I have a restraining order against. But it doesn’t matter what a competent judge has decided, because people on the internet don’t care.

Numerous cases have arisen out of silly personal jealousy or hurt feelings.

Online warriors and other assholes will take any reason they can get their hands on to fight and make themselves feel vindicated, despite no wrong being done directly to them.

They hurt people who are the most vulnerable.

Online bullying doesn’t really hurt me, despite being viciously attacked by 30 and 40 year olds all the time on the internet, because I don’t feel particularly vulnerable. I have a lot of amazing people who believe in all the work I do. I also feel bad for them, having to feel vindicated by attacking someone 10 to 20 years younger than they are.

But that’s not the case for most victims of online harassment.

According to Hertz, Donato and Wright in the Journal of Adolescent Health there is a strong correlation between bullying and suicide related behaviors. And this has been proven in numerous unforgettable situations.

To make themselves seem superior, bullies will focus on anyone that they feel may be weak, vulnerable, or is being attacked by others – as a way to fit in and get more attention themselves, often with deadly effects.

It is a tragedy that people are so excited by drama that they will hurt other people just for more attention or to right some perceived wrong.

Social justice is filled with bullies.

Sometimes bullies even form collections of bullies, often without realizing it until far too late.

Social justice is a world filled with hate of anyone who isn’t different. They’ve even come up with a word to refer to non-transgendered straight people, cis, which is usually used in the way bullies would call people “fag.”

Starting out as a campaign to stop people from bullying others for being different, social justice warriors are the bullied who have become the bullies. If you’re not different in the same way as one of them, you’re not welcome in their clubhouse, they’ll attack you about anything they feel like, and it gets ridiculous about everything. 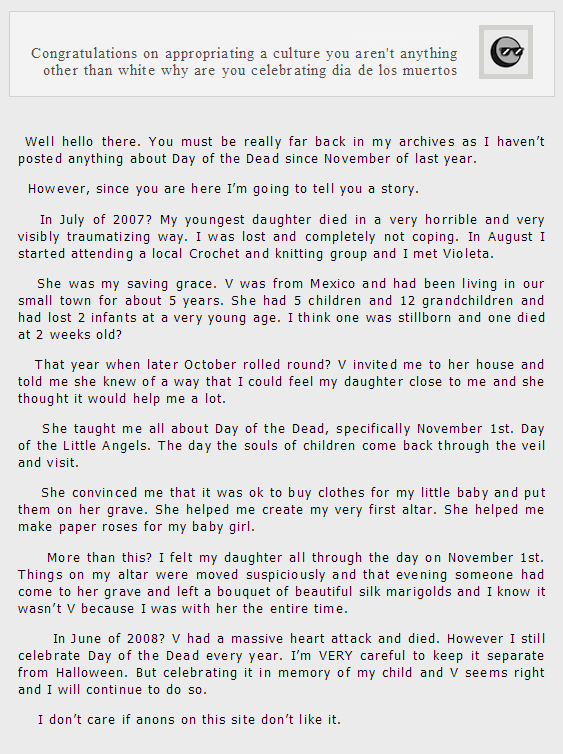 You can argue that community’s outcry is necessary to enact real and meaningful change. Numerous people have spoken out against and boycotted Hobby Lobby for refusing to provide contraception insurance to their employees under the law. When this happens, this is not social justice, that is human decency. Big difference.

Social justice warriors believe only in their own ends, and the ends will justify any means for them.

You can tear down oppression without oppressing others.

The laws are fucking ridiculous.

Lori Drew, the older woman who bullied Megan Meier, received no jail-time for her role in bullying Meier into suicide. There are no practical laws protecting victims of cyberbullying and harassment. These type of issues are almost entirely self-regulated by website operators. Their policies often are not well thought out or enforced until something major causes them to review their policies.

I am keeping my eyes open.

My friends and I keep vigilant records of online bullying when it comes to the anime convention community, and any time we think it might affect our events, we look into it. Online bullying can easily be simultaneous with real life bullying, and I won’t stand for that.

Most recently we read about some asshole going to comic cons calling people “comic con skanks” on video for a pranks Youtube page.

Now if we see that guy at any convention we run, he’s out.

Conventions are meant to be a safe space for anime fans and geeks of all kinds, and I am tired of conventions playing lip-service to protecting people from harassment and bullying. Campaigns to encourage conventions to have stronger harassment policies are useless if those policies are not strongly understood and enforced by convention managers.

Harassment and bullying protection must be more than just a policy, it is one element of a harassment free ecosystem. You must also include annual training, meetings, and a system with designated people for enforcement.

We can take steps to reduce online bullying and harassment by thinking about our actions and discouraging bullies from their works. The anonymity of a screen can make you feel powerful, but you should always remember that there is a real life, living, breathing human on the other side.

How to deal with online bullying.

Together we can consciously stand up against bullies and harassment. I want to see a convention and fan world that is safe from assholes who want nothing more than to tear other people down.

Author: I am Ryan Kopf and organizer of several anime conventions. I am also a full time website developer and nerd.